Integral Blue (IB) was the lead Intelligent Transportation Systems (ITS) integrator for the American Center for Mobility (ACM) testing facility in Southeast Michigan.

The ACM facility is a one-of-a-kind smart mobility test center dedicated to the testing and validation of connected, autonomous and electric vehicles (CAEV), located on the grounds of the historic WWII Ford bomber plant adjacent to Willow Run Airport. Development of the organization was spearheaded by government, academic and industry organizations interested in collaborating to accelerate the mobility industry forward. Located on over 500 acres next to the Willow Run Airport, ACM features simulated roadways, vehicle laboratories, and operations facilities integrated with the latest ITS and CAV technology.

The Willow Run test site features both a freeway loop and simulated boulevard for testing connected and autonomous vehicles. The freeway is a 2.5 mile, two-lane loop simulating a real freeway experience with entrance and exit ramps, even featuring tri-level overpasses. After exiting the loop, vehicles encounter an intelligent intersection that offers further testing opportunities for CAVs. Among other things, the freeway loop facilitates testing for vehicle features such as: 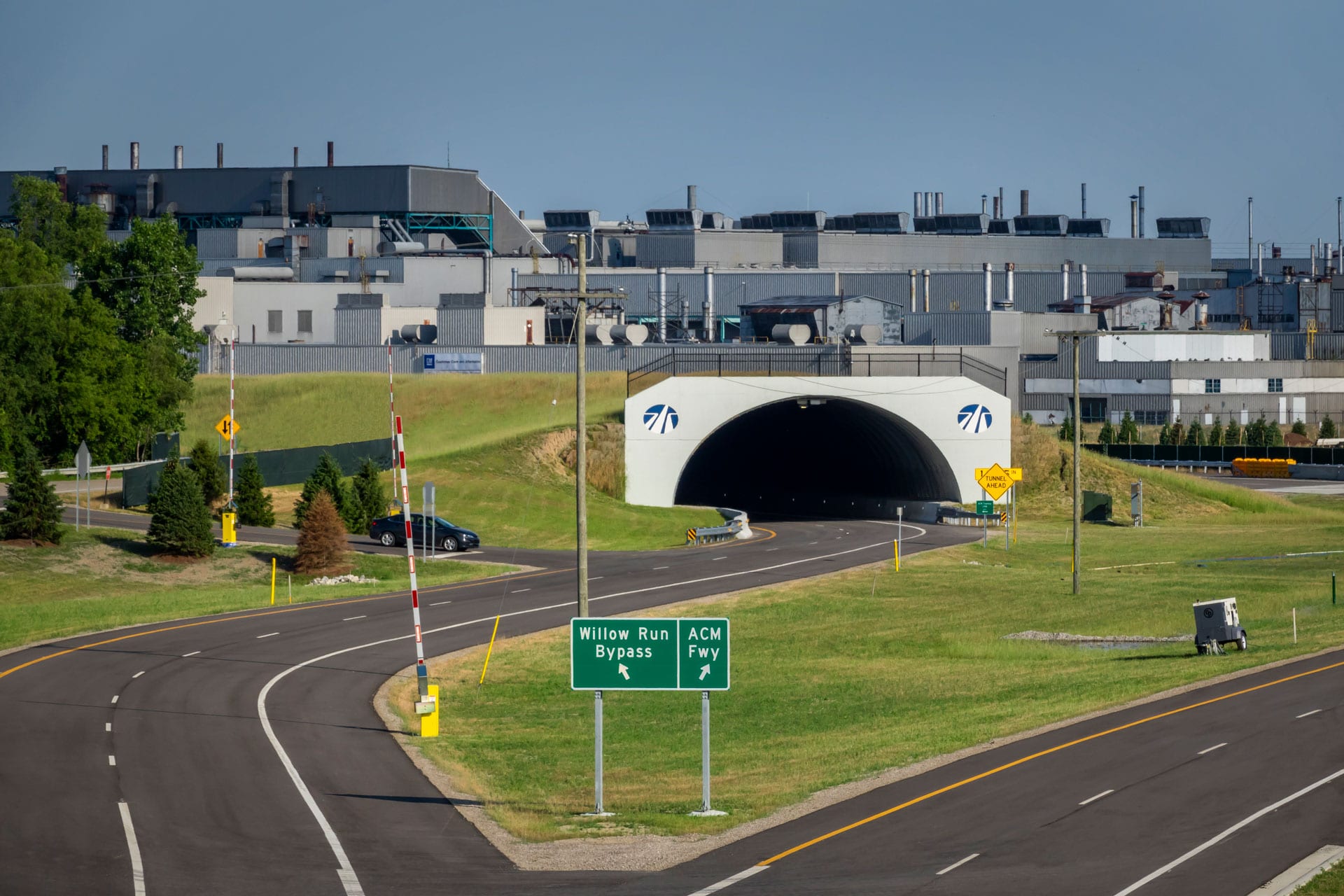 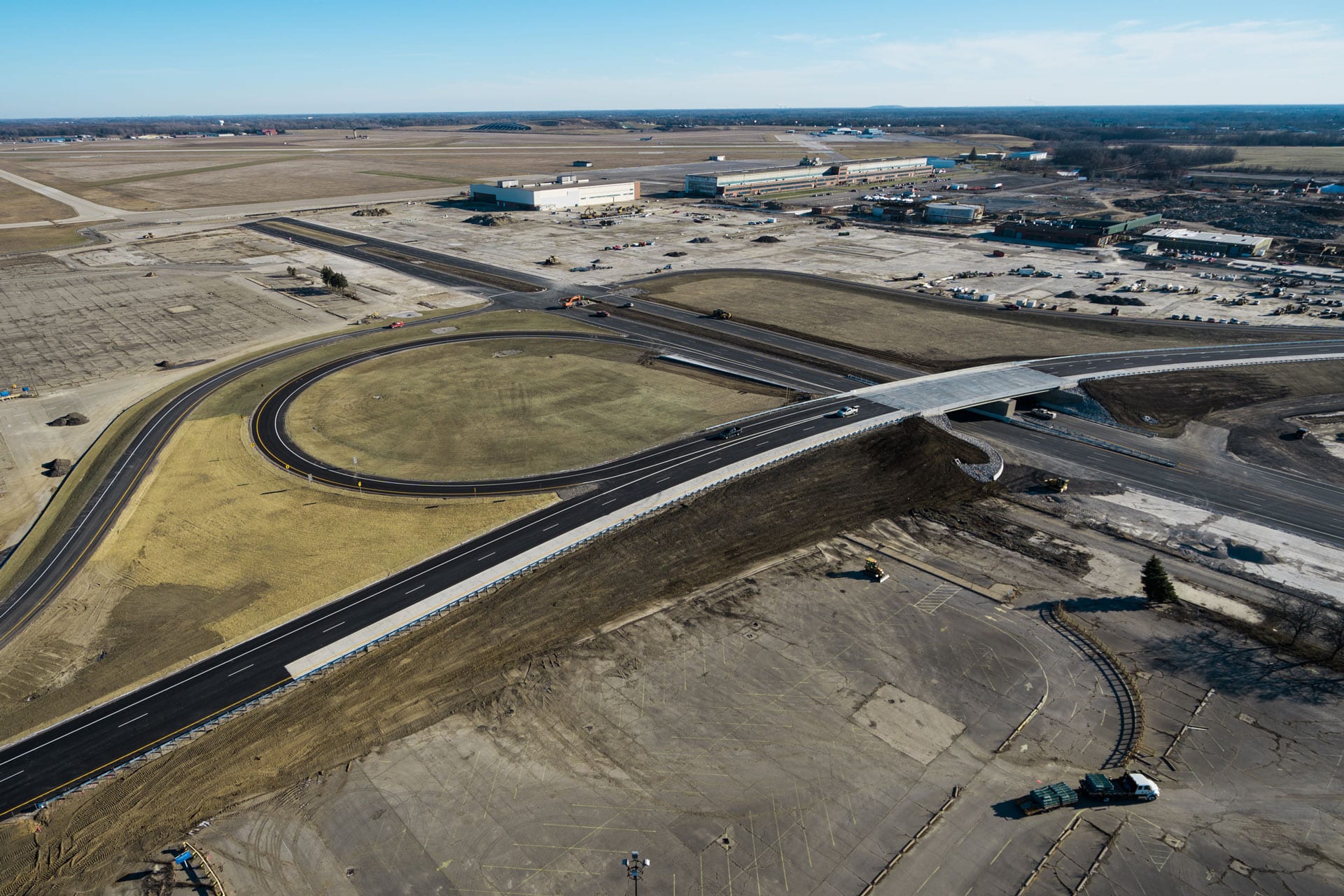 ACM also features a simulated boulevard that includes a reconfigurable six-by-six lane smart intersection featuring connected traffic signals, video analytics, pedestrian detection, and wrong way driver alerting. The boulevard is meant to facilitate countless combinations of vehicle/pedestrian interaction and provide a wealth of testing opportunities, including but not limited to: 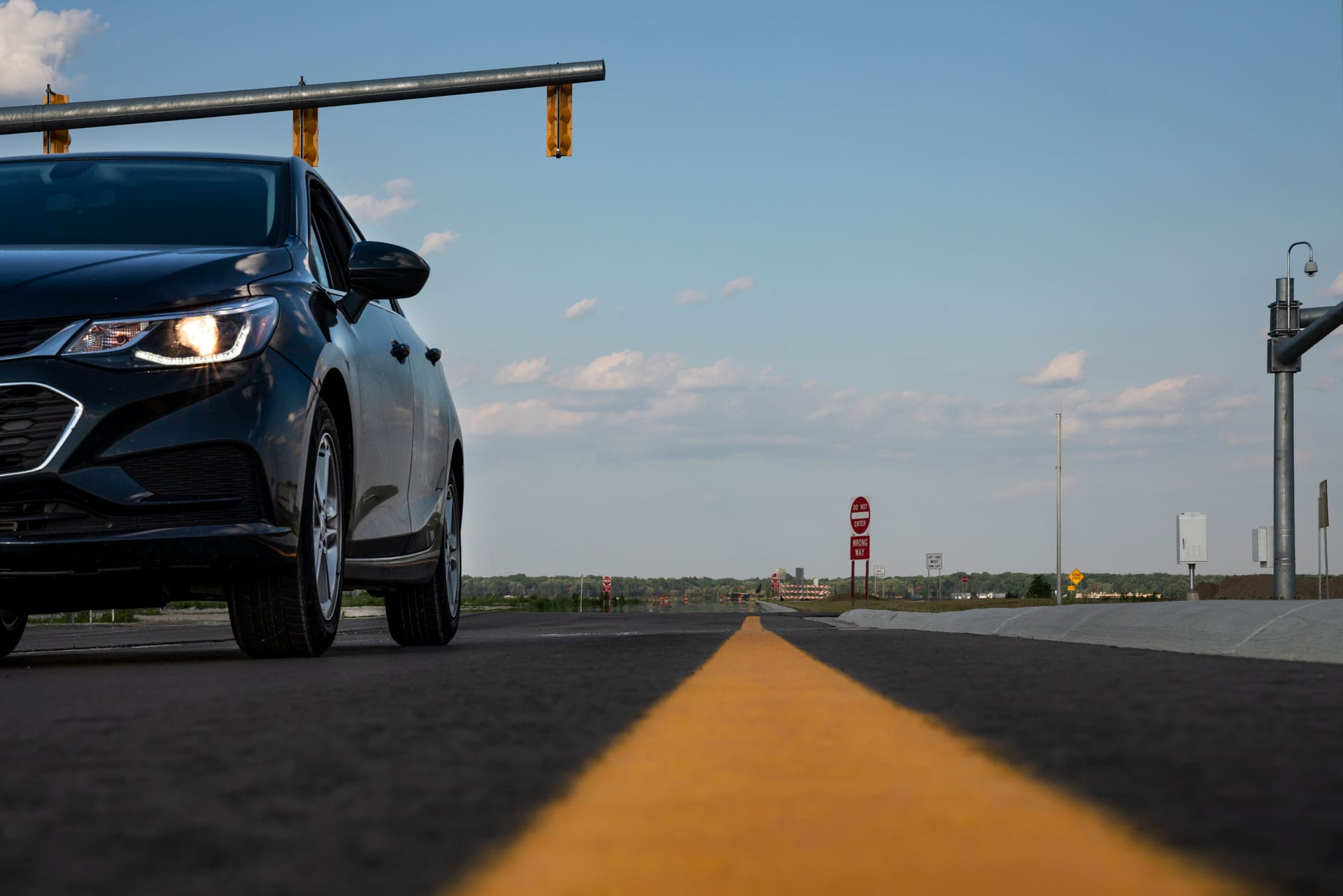 In addition to the simulated freeway and boulevard, ACM features short-term and long-term vehicle laboratories. These laboratories feature 1200 square-foot vehicle bays, vehicle hoists, EV charging, mezzanine storage, and multiple conference rooms. ACM also features an operations center that allows operators to effectively control the complex ITS systems and monitor and maintain security of the site and its facilities.

IB’s Role on the ACM ITS Integration Project

As an industry leader in ITS integration with unique and varied experience and knowledge, IB was selected to be part of the ACM construction team and was responsible for installing, integrating and testing all technological components and various devices used for the freeway loop, boulevard, vehicle laboratories and the operations center.

IB installed the fiber optic network surrounding the test tracks undergirding the cutting-edge ITS technology utilized at the site. This fiber network interconnects routers and switches throughout the facility that form a robust, redundant network to support the high-availability and high-throughput data requirements of CAV testing. Along the track, IB installed numerous connected vehicle Road Side Units (RSUs) with Dedicated Short-Range Communications (DSRC), as well as Closed-Circuit Television (CCTV) cameras and roadside cabinets used to integrate the network. IB also installed, integrated, and tested an outdoor WiFi system used to support vehicle testing and large events.

At the operations center, IB built the headend equipment and advanced backend systems that support ACM facility operations. This datacenter infrastructure features high-availability and redundant storage systems including Storage Area Network (SAN) servers for video recording, redundant VMware virtual environments, and robust firewalling to facilitate partner access to the ACM system while maintaining the security and integrity of the network.

Throughout the campus, buildings and track access are secured using a combination of automated ages, access card readers, and a video management system for remote surveillance monitoring. Access control and video management are performed through Genetec Security Center and Omnicast. CCTV camera video was also integrated with a portable Christie Phoenix video wall, installed and integrated by IB, for remote monitoring of the entire campus. Lastly, IB installed two operator consoles that allow ACM operations staff to control all technological components from one centralized location.

Following the initial construction phase, ACM has contracted several expansions of their network and facilities to include additional garages, network installations, and other technologies. IB has been the system integrator for these expansions as well, seeking to maintain an active working relationship with ACM because of our mutual investment and desire for the advancement of mobility.

ACM has also hosted several large events, including the 2019 ITS Michigan expo. For this event, IB donated time and expertise in the coordination of vendor demonstrations for wrong way driver simulations, pedestrian detection, and other CAV applications, assembling network infrastructure and providing on-site support during the event. It is IB’s hope to continue working with ACM as they continue to expand, helping them advance mobility technology and build safer roads for everyone.