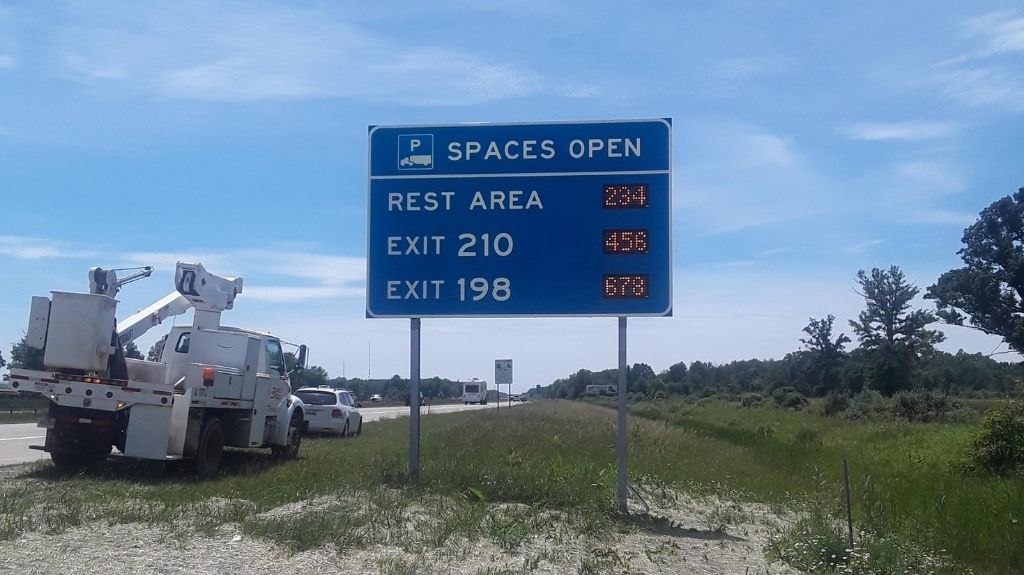 Integral Blue (IB) often partners with MDOT and other agencies to improve traffic safety by integrating cutting-edge technology with pragmatic system designs and comprehensive maintenance services. Many of these projects are centered around finding a practical solution to even the most difficult traffic issues.

Recently, an issue was brought forward by truck drivers whose route takes them throughout Michigan. Truck drivers found that they were having a difficult time scheduling their visit to rest areas, as often when they arrived, there wouldn’t be room for them. Integral Blue helped resolve this issue by constructing and installing a truck parking information management system that allows truck drivers to map and schedule their stops at rest areas in Michigan.

A Common Issue for Truck Drivers

Truck drivers whose route went through Michigan on I-94, I-275, I-75, and through to Ohio faced a common issue—a lack of knowledge about if a rest area would be open and have room for them. Truck drivers often face fatigue when driving long routes and need to locate a rest area on their route. A lack of real-time information was available to those truck drivers, who would arrive at a rest area and discover there wasn’t room for them to stop. The result was many drivers having to drive further while fatigued or sleep on the shoulder of the road, both options being incredibly dangerous for the truck drivers and others on the road.

Integral Blue stepped in to install a system that provided a full-scale solution to the issues that truck drivers faced with the previous Truck Parking Information Management systems. IB deployed cameras at each rest stop that feeds video footage through a device, similar to a black box. The system was set up to utilize video analytics to measure how many vehicles went inside, how many vehicles left, and how many vehicles were still in the rest area.

Those metrics then go directly to the signs, allowing truck drivers to strategically map their next stop based on actual numbers. The information from the sign also goes to MDOTs Traffic Operations Center (TOC), giving TOC operators the ability to log into the signs for visibility on the space available at each rest area. 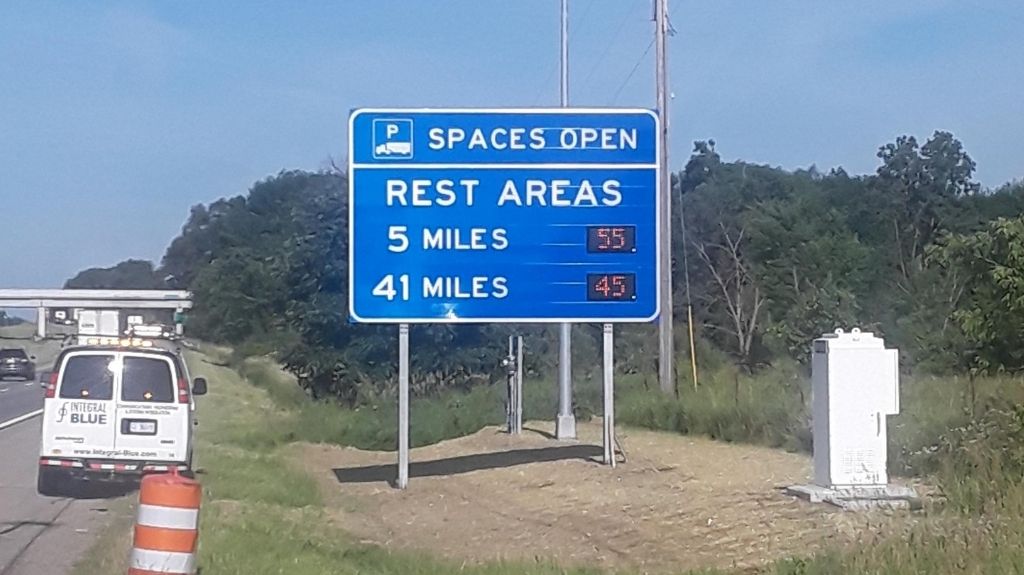 This large-scale project was centered around getting the most comprehensive data to truck drivers about rest area capacity. IB knew it was imperative that multiple cameras monitored the rest areas at two exits and entrances. IB installed a cabinet and main power pole in the middle of the rest area but also needed to get the data and power out to the cameras at both entries and exits.

Truck drivers get information from the Parking System Information management system directly from the signs on roadways. Previous dynamic message signs typically only showed information regarding the nearest rest area. This project was unique because the signs provide data for up to three rest areas. The goal was to provide the most comprehensive information to truck drivers that would allow them to determine which rest area they wanted to stop at based on data in real time.

Revamping the signs to provide details for multiple rest areas instead of one brought a new challenge to the project. Typical dynamic signs are controlled by only one dynamic message controller. Integral Blue still had one controller to work with, but three times the information to share. IB worked together with Parsons to implement cutting-edge technology that allowed the dynamic message signs to display data for three different rest areas with only one controller.

Integral Blue stepped up to the challenge and installed a system that truck drivers can use with ease to decide on their next rest area. This approach to MDOTs Truck Parking Information Management system hit the mark in a way that other companies failed to do. Truck drivers now have the real-time numbers to allow them to plan their visits to rest areas and ensure they can rest when they need it most.